Do you know the FC Pirinaica? A little big soccer team from the wonderful city of Manresa. Its history begins on July 27th 1979 in the Schools of the Neighborhood thanks to the members of the Board of the Association of Neighbors, who were dedicated to find the best players in the region. The first tournaments were: Spring Tournament, First Friendship Trophy vs. the Santa Ana Olympic from Santpedor.

Giving it the name of "Futbol Club Pirinaica - Neighborhood grouping of the Mion Puigberenguer neighborhood”, which simplified remains as "F.C. Pirinaica V.M.P. ", an acronym that can be seen on the same shield of the team with the Pyrenees leading it on top, although contributing great notoriety to the Neighborhood.
After so many years, La Bruja de Oro thanks to its President D. Manel Artero, we have reached a collaboration agreement with great pride and satisfaction supporting the regional sport. 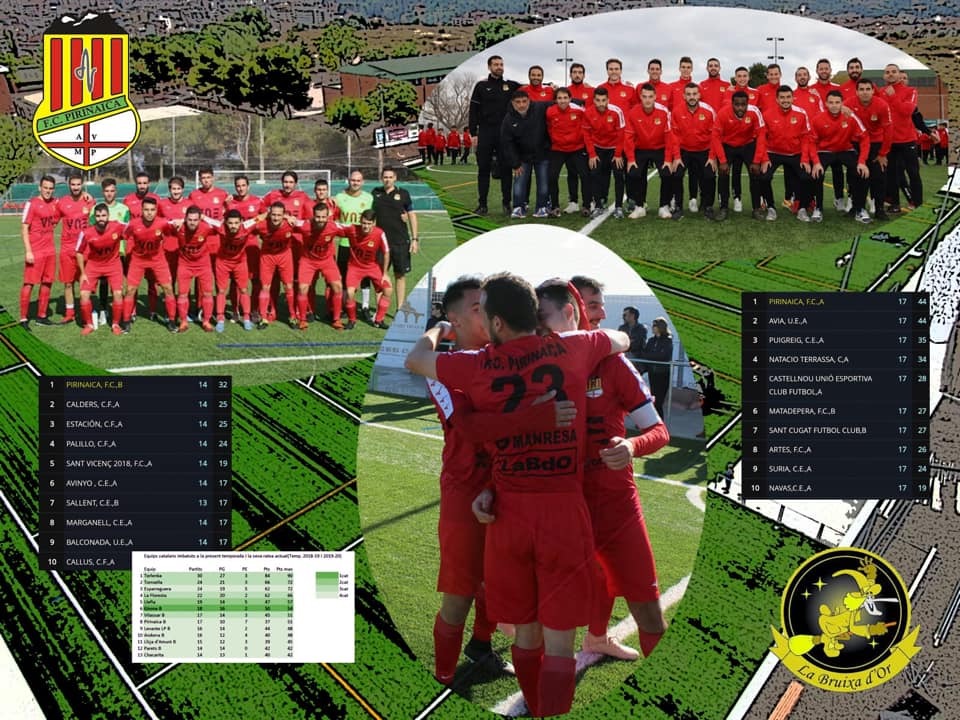