Back
The Golden Witchs autosuficient house at the Lucky Forest!
28 November 2019 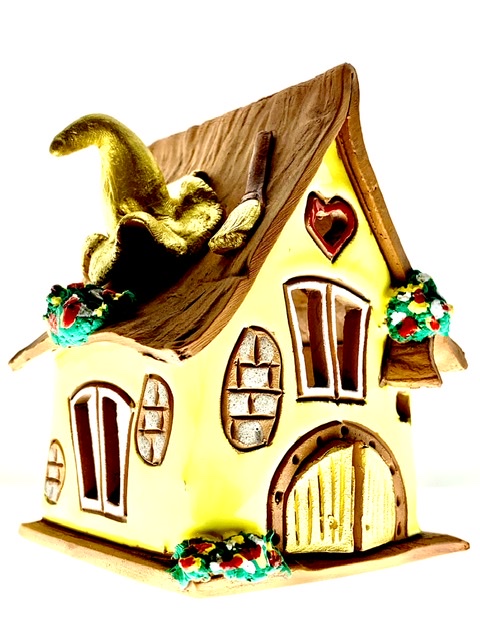 A long time ago when I decided to build my little wonderful house in the Lucky forest, one of the most important points was not the design itself but the orientation. The interior layout is key, especially being a self-sufficient house.

Such wonder is located in the magical forest of Luck

To do this, it was necessary to try different studies as effectively as possible, such as placing the windows north-east and south-west.

In addition, considering installing solar panels, wind energy, ... The placement of the insulation was also very important but in this case I did not want to build an hermetic little house since Murci (my bat) and the little toads that use to visit me from time to time could not otherwise get in and out at their will.

Experts place a lot of emphasis on this aspect because they use to say that the air known as uncontrolled, which is none other than the one that passes through the door and open windows increases energy demand by up to 15%, and I said, you know what? Better to leave the window open all night and without air conditioning, so I also have a natural ventilation guaranteeing the quality of indoor air.

On the roof I take advantage of the rainwater channeling it to a tank that I have in the basement, which I use to water the plants, fruits, vegetables, fruits of the forest and the magnificent pumpkins of the garden. Together with a canalization where I also take advantage of the water from a natural source up in the beautiful Pyrenees mountains.

Spain is one of the most curious countries in the world, until recently there used to be a tax for sunlight. When I told my friends Witches they became perplexed. They thought I was kidding! And ... the Spanish sense of humor is fantastic! I laugh a lot here! Considering I come from another planet, I happen to seeing things in perspective.

I have installed a small windmill on top of a pine. It is very functional, because in addition to serving me to produce electricity, when winter comes it serves as a star to decorate the Christmas tree.

I am very ecological! It is tremendously important to keep our planet clean, it is our true home. Starting with the forests, following the rivers, and ending in the sea.

After this brief summary of my experience with self-sufficient construction, I wish you a lot of Luck 🍀🍀🍀🧙‍♀️ Especially on the next Christmas Draw

The Best Luck my Friend!